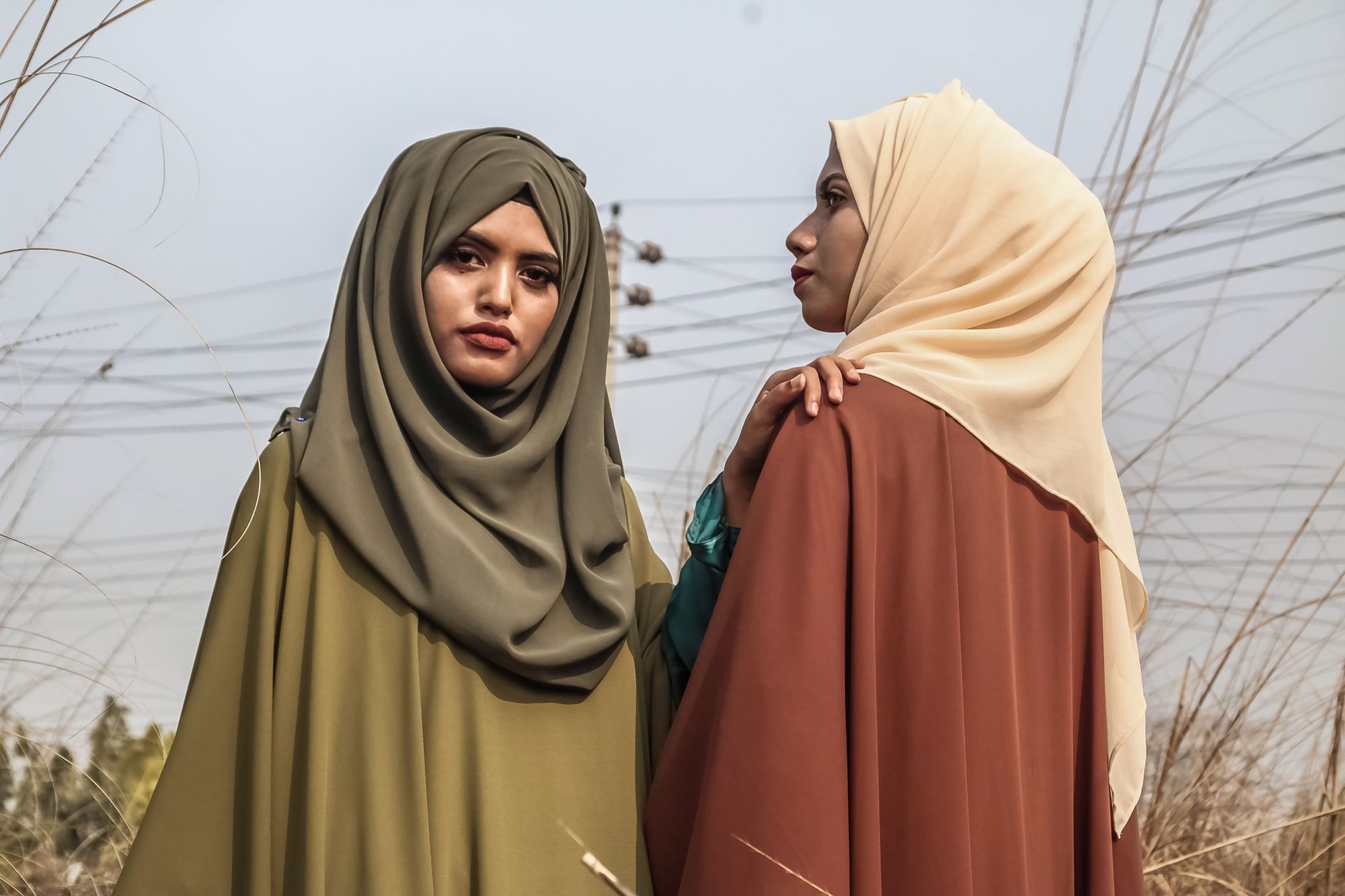 Last month, Shaima*, a 32 year-old accountant from Leeds, attended her cousin’s wedding. It was a standard Asian affair: a rented community hall filled with women in brightly coloured Kameezes and mounds of gold plated jewellery, while men donned tight fitting suits, faded haircuts and neatly trimmed beards. Circling the hall with plastic plates filled with Indian sweets, Shaima’s elderly relatives happily embraced the new couple, telling her cousin that the groom, a handsome, tall doctor, was “the catch of a lifetime”. Shaima stood in the corner watching on – just a few months ago, she could have been the one marrying him.

In fact, it had almost been arranged – they had been on a few dates, regularly spoke online and their families had even met. But, a few weeks before the wedding venue was due to be booked, Shaima had to tell her parents it was over. The break-up happened just days after she had told her prospective husband about her ongoing experience with manic depression, which required regular doctor’s appointments and medication. They immediately lost contact – until she received the wedding invitation.

For the past three years, Shaima has tried to get married. Over the phone, she told me she’s gone through every route imaginable for a British Pakistani Muslim – traditional routes like being set up by her mum and her grandma, to more modern approaches like using Muslim-specific marriage websites, helping observant Muslims find spouses in a religiously compliant manner. She’s put down the attributes she thinks are her strongest – her degree education, sense of humour and of course, her religious belief. However, Shaima worries that talking about her mental health condition to prospective partners will make marrying within her community next to impossible.

Although awareness of mental health conditions has increased in many south Asian communities, thanks to the work of local charities and activists, a stigma still lingers. According to a report conducted by the charity Time to Change in 2010, despite Black and Minority Ethnic people making up more than 10% of Britain’s total population, “knowledge, attitudes behaviour [toward mental health]” by many BME communities had “failed to improve at the same rate as other sections of the [UK] population”. Furthermore, it found that many suffering found themselves having to make an uncomfortable decision – either be open about their illness and face the risk of social segregation, or brush it under the carpet, and risk making the condition worse.“The Imams who run marriage workshops, the first thing they say men should look for is a belief in God as a priority,” Shaima tells me. “But I don’t think that’s true. The men I have seen all know I am a devout, practicing Muslim – it’s when I tell them about my issue that they become hesitant; you can see it immediately. They try to be polite about it, but I can see from how they look at me after I tell them that they’ve been scared. I remember one guy I met, that, as soon as I told him, made up an excuse to leave and never contacted me again”.

Shaima isn’t alone in this struggle. Although there is no publicly accessible data on the number of British South Asians with mental health illnesses, information from the National Health Service does suggest that Black and Minority Ethnic communities are both the most at risk, and benefit the least from existing mental health services, especially if they’re women. Furthermore, because of the continued stigma around mental health conditions, treatment itself is particularly difficult for women of south Asian descent – a continued problem acknowledged by charities Including Mind and the British Asian Trust.

Sharing a mental health condition with your partner or family can present a daunting task for anyone, but for women like Shaima, having a mental health condition, especially one that could pose restrictions on getting married and having children, can also be seen as a hit on her family’s reputation, a term known as “Izzat”. She tells me, “If I can’t get married, I’m not the one who’s blamed, it’ll be my parents, particularly my mum. Because of [the stigma] on mental health and the fact it’s so misunderstood, it’s more likely that family members and the community will believe my parents were cursed by God for bad deeds ”.

For others, mental health issues can be seen as a sign of spiritual possession, black magic, or other types of “incurable” diseases, all things that make marriage – possibly the most important tenant of South Asian family culture – an extremely difficult prospect.

“As long as there’s stigma and superstition about mental health [in Asian communities], women are always going to be disadvantaged,” says Hiba Masuma, a Leeds-based social worker who helps South Asian women requiring mental health support. Masuma tells me she’s dealt with “around 30 or so” cases involving women who have faced obstacles when trying to get married. “There are probably many more – but it’s likely that many women don’t know who to seek help from, and in most cases, women have been told not to speak about their illness in case they’re deemed undesirable… for a lot of families, the idea of getting their daughters married off tends to be more important than their health – and that’s damaging for everyone involved.”

Khaled says that while mental health outreach in Asian communities is “getting better” it will still take a considerable amount of time to overcome cultural taboos. “Because so many young Asians have grown up in communities where they haven’t openly discussed mental health – guys in particular – it’s not part of the conversation when it comes to marriage. That ultimately means they’re ill equipped to support their future wives.”

If anyone knows that, it’s Humaira*, a 36 year-old masters student from Huddersfield, in the north of England. Until last year, Humaira was married, but during her three year marriage, she kept her Schizoaffective disorder a secret from her husband. She didn’t want to talk about the details of her illness, but she told me her husband “came from a highly regarded, conservative family in India.”

“I was already in my 30s when I got married, which is considered old in our community, so I was basically told by my family not to say anything about the treatment I was receiving…Keeping it a secret wasn’t difficult, because he didn’t know anything about mental health, but it was only later in our marriage, especially when we were having conversations about having children, that I had to say everything.”

Humaira says her marriage “fell apart” when she said she was concerned about having a child, partially out of fear that her illness, or something more severe, could be passed on; “I had expressed my concerns a few times after telling him about my illness, and I thought we could look into other options like adoption… but in the end it wasn’t something his family would accept – the rift eventually broke our relationship.”

Though Humaira wants to get married again, she isn’t optimistic. “The worst position you can be in is a divorcee with an illness no one understands or recognises… There will be many families who’ll think that I’m not worthy for their children because of my illness, and others who’ll simply see me as too old to be a mother – basically it’s a lose/lose situation”.

Can this growing problem be resolved? “The only way there will be a more pragmatic approach is if there’s more outreach and awareness of mental health issues in [Asian communities], especially those in non-metropolitan areas,” expressed Tareeq Khan, a therapist and former consultant at the South Asian Network UK.

“There needs to be a more sensible conversation about what mental health is, and more importantly, for it to be seen in the same way as physical ailments.” Khan says that there are already initiatives in the UK’s more prominent places of worship, such as the ‘faith in health’workshops hosted by the East London mosque, but in other areas of the country “where there are communities that are held together by much tighter family, and even with caste bonds, there is little support from outside organisations to make mental health more prominent”.

“The UK generally lacks knowledge about [mental illness], so this isn’t a problem just limited to Asian communities… many of our communities know this is a problem, and that it is hurting the future of our younger generations,” he says. Khan tells me that in the past few years, a number of mosques and temples across the UK have held mental health workshops and urged members of the community to be more open about the issue. “Gradually it will change because of younger generations” he says. “I just hope the change happens sooner, rather than later”. 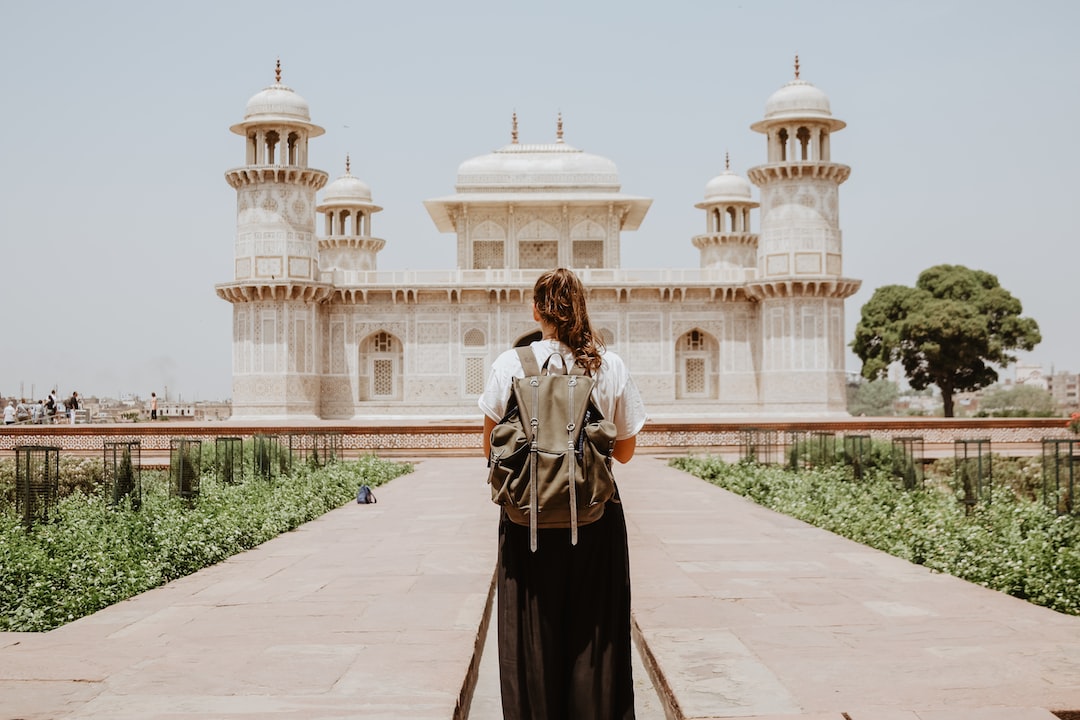 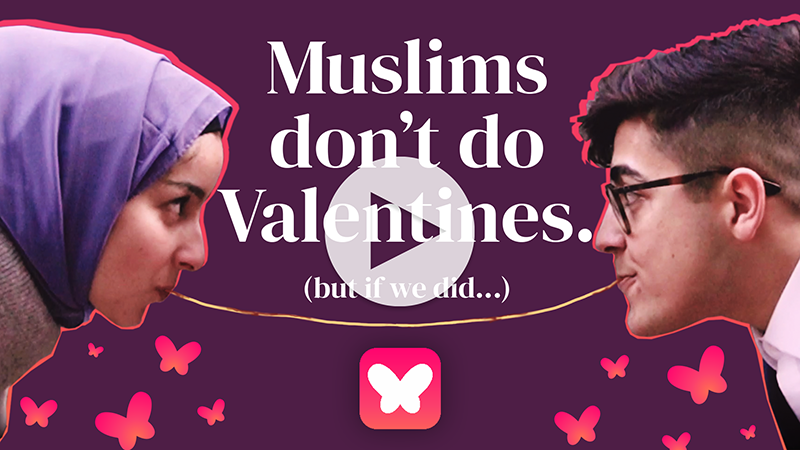 It's Hard Keeping it Halal on Valentines... 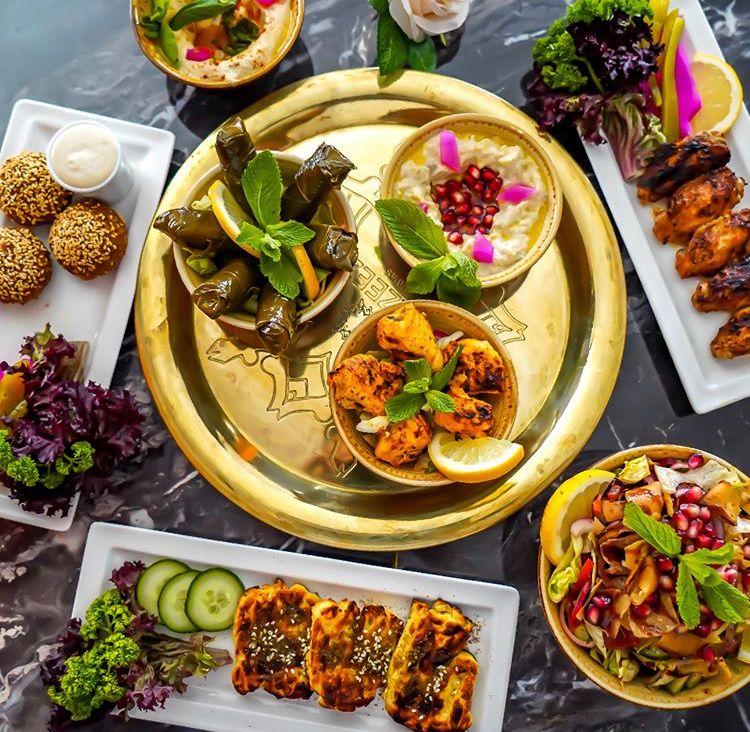 No Date? No Problem! Halal Joints Pick 5 Restaurants in London to Try This Weekend 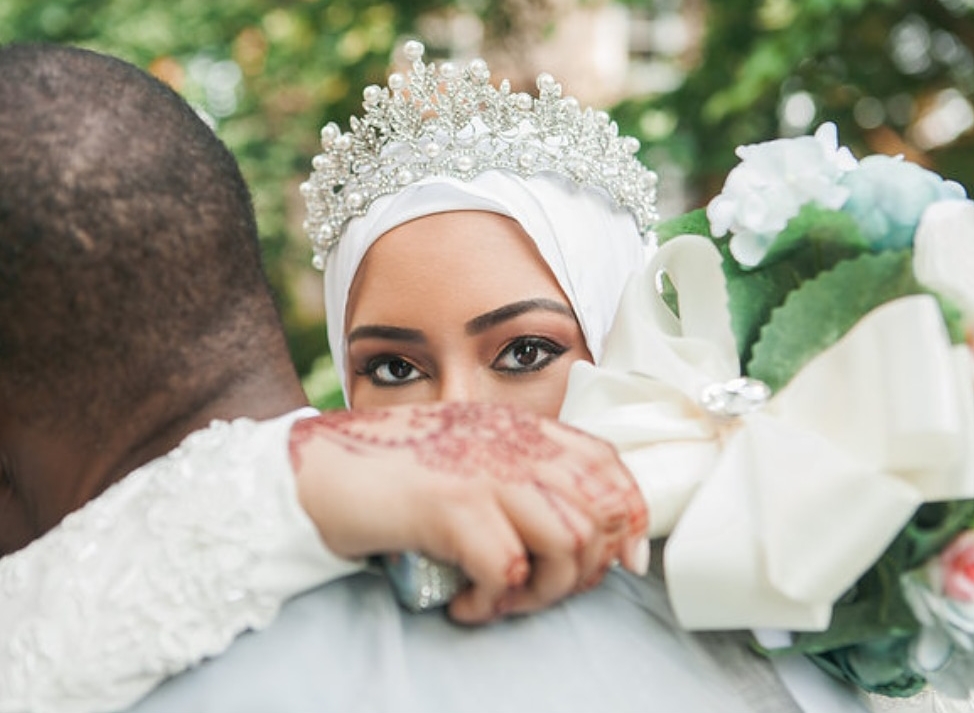 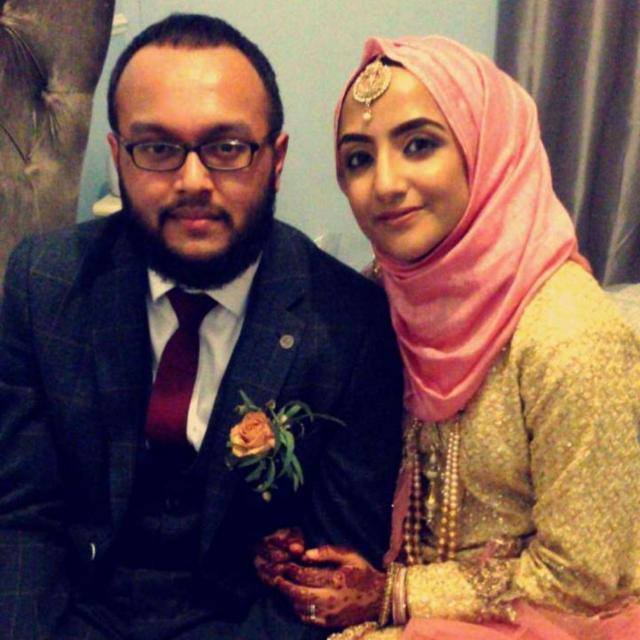 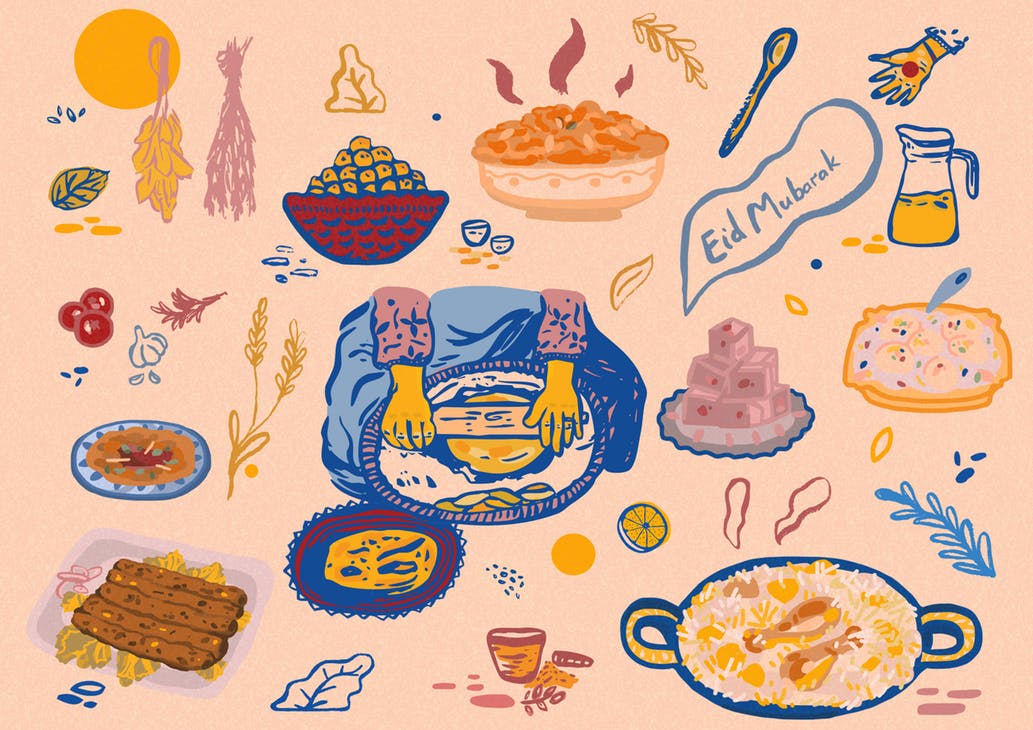 Ramadan: What to Eat and What to Avoid